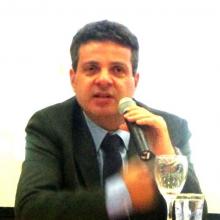 Raphael holds a Master of Arts Degree (MA) on Peace and Conflict Studies (Uppsala Universitet) with diversified professional experience grounded in the international system – specifically within the IGO system of States. He has experience working in various sectors considering armed conflicts, namely in support of victims, combatants and ex-combatants within D.D.R. and S.S.R. frameworks on local and global humanitarian coordination task forces (such as the protection of civilians, internally displaced persons, refugees, mixed migrants, and communities at risk).

He has worked in areas of armed conflicts for the Organization of American States and for the United Nations in Nepal, New York, Colombia, Somalia and in Geneva. Within these roles, he has further provided advice as a consultant via the Brazilian Diplomatic Mission to the United Nations and other International Governmental Organizations, the Commission of Inquiry on the Syrian Arab Republic, as well as many other relevant core sections with due focus to UN Resolutions on non-State armed groups. Raphael has also worked in related sectors to and within war-torn countries, in various other regions / continents, alongside their respective actors within their theatre of operations.