Home   Blog   Cheating the System: Where Permits Come as Freely as the Wildlife 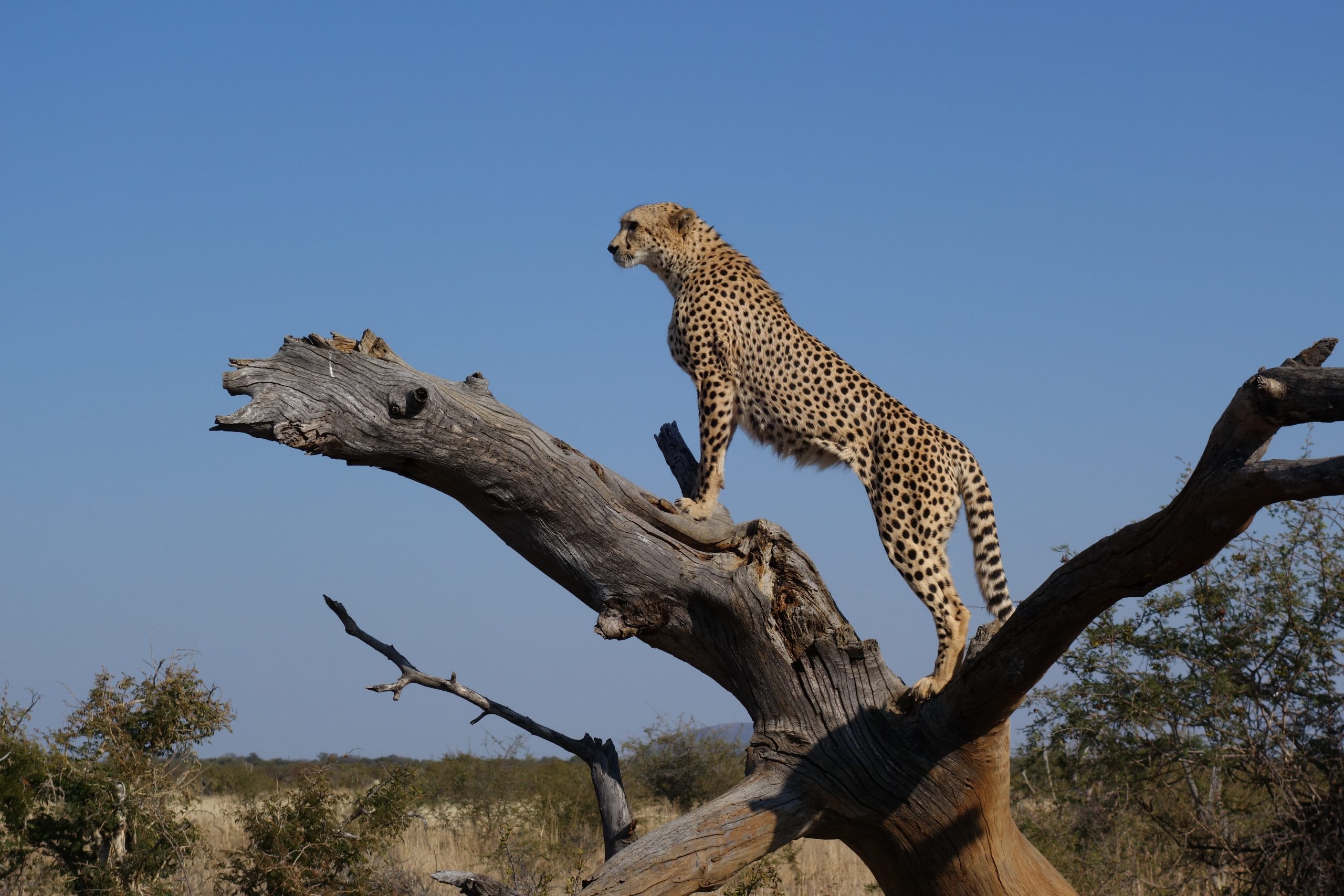 Cheating the System: Where Permits Come as Freely as the Wildlife

Urgent action is needed to modernise the operation of the Convention on International Trade in Endangered Species of Wild Fauna and Flora (CITES), to prevent the systematic ‘laundering’ of threatened species such as cheetahs.

The Global Initiative Against Transnational Organized Crime (GI-TOC) published in September 2021 a stark reminder of how current regulations on wildlife trade fail to protect some of our most threatened species. The GI-TOC Black Market Brief details how, with only 7,000 individuals remaining, wild populations of cheetahs are declining due to the continued pressure of commercial trade.

Despite being listed as CITES Appendix I – prohibiting trade in all but exceptional circumstances – cheetahs are still traded on the international market. South Africa is one of the few countries to allow legal exports of the species – where registered breeding facilities exploit a definitional loophole and sell cheetahs to private zoos abroad for ‘educational’ purposes. Although the trade is regulated, the system is subject to substantial irregularities and as such has been subjected to much criticism.

Cheetahs Never Prosper: Unless You Are a Wildlife Trafficker Cheating CITES

Cheetahs are widely acknowledged to be a species that breeds poorly in captivity. Despite nearly all live exports of cheetah from South Africa being declared as captive bred, there is significant evidence to suggest that many cheetahs are in fact illegally taken from the wild and ‘laundered’ through captive breeding facilities.

GI-TOC’s report highlights how cheetah cubs are removed from free-roaming southern populations in Botswana, Namibia and South Africa, and allocated micro-chips to falsely present the appearance of being captive bred. Other requirements imposed by the South African CITES Scientific Authority – such as studbook records, identification photographs and DNA fingerprints – are commonly ignored.

Only two captive breeding facilities in South Africa – out of a total of 18 – are authorised to undertake trade in the species. However, as the report stresses, neither the facilities themselves nor the Department of Forestry, Fisheries and the Environment – the country’s designated CITES Management Authority – can effectively trace the movement of specimens between captive breeding facilities in South Africa. Therefore, who can say with any confidence that the cheetahs traded on the international market are not illegally taken from the wild? 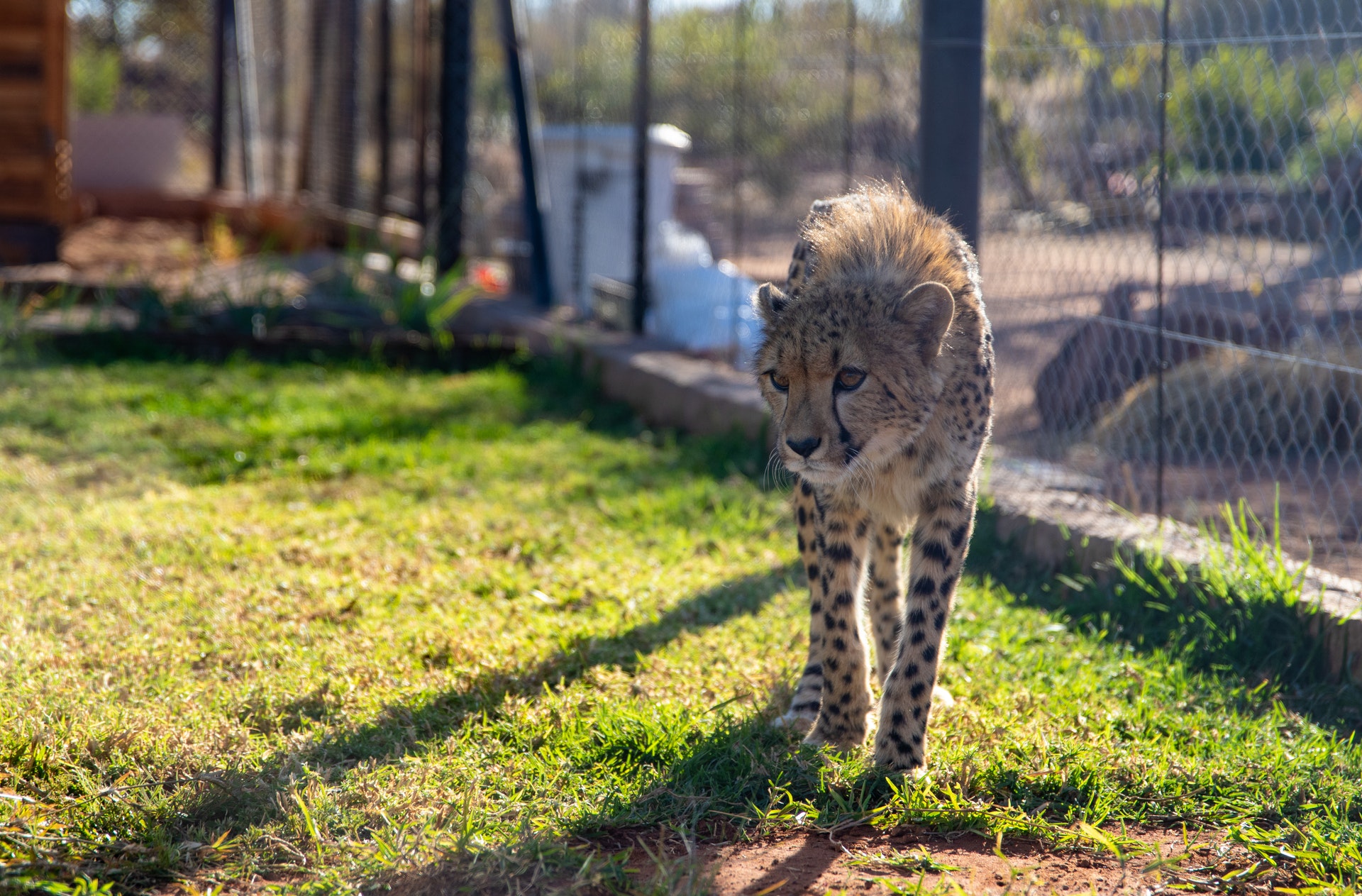 With cheetahs also illegally trafficked from East Africa and the Horn, the plight of cheetahs is grim. International buyers dealing with South African breeding facilities face legal expenses alone of up to $25,000 per cheetah. On the black market, a cheetah would cost at most $30,000. While recent articles have focused on illegal trade from East Africa and the Horn, in GI-TOC’s comparison with the ‘regulated’ trade from South Africa, one overarching message surfaces. This message is that both systems provide an avenue to illegally trade wild-caught cheetahs – the only notable difference being that one does it under a legal pretence.

Cheating CITES – Beyond the Cheetah Trade

Lack of traceability is not a problem unique to the cheetah trade. Wildlife traffickers also exploit the legal trade of many other species.

Between 2000–2010, the Solomon Islands was at the centre of a scam which saw tens of thousands of wild-caught birds traded ostensibly legally with CITES permits. The birds were falsely declared as captive bred, despite there being no substantial breeding facilities on the Solomon Islands.

In the case of another species, great apes – like cheetahs – are listed as CITES Appendix I, yet criminals frequently try to export wild-caught species, either with false documentation or via captive breeding facilities.

Timber laundering is also a widely acknowledged problem. A recent study by the Environmental Investigation Agency found that timber companies operating in Africa and Asia – which on the surface appear to use appropriate CITES permits – often deal in illegally harvested timber.

These well documented cases of exploitation of the CITES system have, understandably, given rise to questions as to whether CITES, in its current form, can provide adequate safeguards to wild species worldwide. In 2019, CITES came under fire from the World Wildlife Fund, in relation to wildlife laundering, for being a ‘20th century solution in a 21st century marketplace’.

In response to mounting criticism, in 2019 two key decisions were adopted at CITES Conference of the Parties (CoP) 18. The first invited countries to implement electronic CITES (eCITES) systems to increase transparency and reduce abuse and corruption; the second directed the Secretariat to work with partners to explore emerging technologies, specifically blockchain. With the vast majority of international wildlife trade being for luxury consumption, blockchain technology has been widely welcomed as a means to guarantee traceable and transparent supply chain management, and has already been proposed for trade in ivory, timber, fish, and pets.

Going forward from CoP18, the Standing Committee was directed to review reports and recommendations from the Secretariat on progress in introducing eCITES and blockchain technologies. While some efforts have been made to lay the foundations, in cases like that of the cheetahs, there is still a long way to go for many species to benefit.

Looking forward, we need to move beyond compliance being merely a case of ‘obtaining’ a CITES permit, electronic or not, and demand transparency in supply chains – while also asking if more significant reform is required.

With November 2022 and CoP19 fast approaching, more tangible efforts must be made to bring the CITES system up-to-date and reduce opportunities for organised criminals to ‘launder’ our already threatened wildlife.

Lauren Young is a Research Analyst in the Organised Crime and Policing team at RUSI with expertise in wildlife crime and conservation. She holds an MSc in Conservation and International Wildlife Trade from the Durrell Institute of Conservation and Ecology, University of Kent. 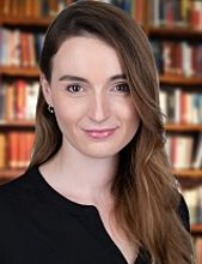